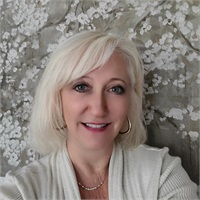 Diane was born in Montreal, Canada. As an only child, at the age of 6, she moved to Bristol with her parents, where she continues to reside. As a single mom, Diane will always tell you her greatest accomplishment and pride is having independently raised two successful children, her son Tyler and her daughter Lexis. Her current chapter in life is filled with joy from her grandson Micah and granddaughter Rio.

Diane received an Associates in Applied Science from Briarwood college and was awarded Who’s Who Among Students in American Junior Colleges. She continued her education with an Associate’s Degree in Business Administration and Marketing from Tunxis Community College. Diane attended Capital Community College for nursing and completed her college education with a M.Ed. from Cambridge College. She has had multiple certifications in the medical field and currently holds her CT insurance License for AH&L, along with her P&C license.

Diane’s career started in 1984 at Canberra Laboratory; shortly afterwards she began working at a medical practice where she met Rich Bachand whose mother was a practice nurse. In 1996, after twelve years at the practice, Diane started HealthCheck Services, a paramedical examining company. At that time Rich introduced her to the John Hancock branch in Farmington, Connecticut, where she met Rob and Jackie. After selling her business, she began her next career as the Allied Health Director at Fox Institute of Business; she was with them for six years. In 2002, Diane moved into a career in the insurance industry, spending the next eleven years as District Sales Coordinator for a Fortune 200 Insurance company. In 2013 Diane stepped down from her position to start her own independent agency, Boucher and Associates, where she currently serves in a management role capacity.

You can always find Diane working in her flower gardens and enjoying everything and anything that can be done outdoors. She is very active in her church where she serves as the Hospitality Team facilitator and leads the Single Mother’s group. She has been a staunch volunteer for multiple non-profit organizations, including serving 6 years as the Connecticut Ambassador for the Aflac Children’s Cancer. Other organizations she has served include Cystic Fibrosis Foundation, Alzheimer Association, Hartford Marathon, to name a few. Diane believes, “to whom much is given, much will be required,” which is the catalyst for financially supporting multiple organizations.